A total of 122 invitations were issued to candidates in the Express Entry and Labour Impact categories and the Business Impact: Work Permit Stream in a draw held on September 19. 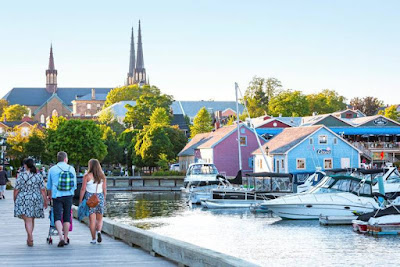 It was reported that 109 invitations in Prince Edward Provincial Nominee Program (PEI PNP) were divided between the Canada Express Entry and Labour Impact streams, however, a breakdown was not given of how many Express Entry candidates were invited or the minimum score.
Another 13 invitations went to Business Impact – Work Permit Stream candidates.

How to be eligible Express Entry, Labour Impact invitations

Express Entry candidates who would like to be considered for a provincial nomination from PEI must create a separate Expression of Interest (EOI) profile with the PEI PNP.

The highest-ranked candidates are invited to apply for a provincial nomination through monthly draws.

How to be Eligible for PEI Entrepreneur invitations

PEI’s Business Impact: Work Permit Stream is for eligible foreign entrepreneurs with business ownership or eligible management experience who would like to invest in and run a business in PEI.

The Work Permit stream also operates on a points-based EOI system and the lowest-ranked candidate in the September 19 draw had a score of 115.

PEI’s Labour Impact Category is not aligned with the Express Entry system and is divided into three EOI-based streams — Skilled Workers (in PEI and outside Canada), International Graduates and Critical Workers.

Candidates for these streams must be working in Prince Edward Island (PEI) or have an eligible full-time, long-term job offer from an employer in the province, among other criteria.
The PEI PNP has now issued 1,031 invitations to candidates in both the Express Entry and Labour Market Impact categories since the start of 2019.

Canada Study Permit 2021 – Requirements And How To Apply