Tech talent continues to be highly sought after in major urban centres like Toronto, Montréal and Vancouver.

There is high demand for tech talent in Canada and this need is still moving into 2020 as experts start to predict the sector’s outlook for the new year.

Shortages in the technology sector labour market have prompted immigration programs in British Columbia and Ontario to step up recruiting efforts.

Patrick Poulin, president of the staffing division of Randstad Canada, said  “There are not enough (skilled workers) to fill those positions… There’s really a shortage of labour,”.

The technology sector offers some of the most competitive salaries in Canada. For 2020, the average annual salary is an estimated $81,750.

Randstad Canada, a human resources consulting firm, released its predictions for 2020 on the top in-demand tech jobs in Canada, as well as in-demand skills, and salaries. 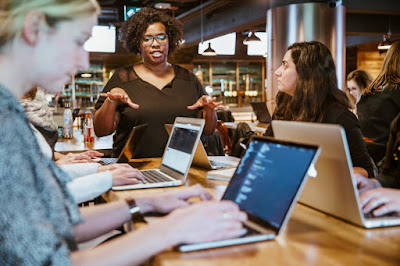 The following 8 positions are expected to be highly sought after in Canada according to Randstad:

The demand for coding skills and developers is particularly intense at the senior level. Randstad says, “Employers are looking for candidates who already have a lot of experience, rather than hiring and developing their own junior and intermediate software engineers.”

The demand for this position has grown in Canada since last year. Employers are looking for those with project management skills specifically PMP, PMI or Agile Certified professionals.

Another position that is expected to be in-demand this year. Quality assurance analysts ensure software is user-friendly and bug-free.

Data analysts make sense of the massive amounts of information that companies collect in order to run their businesses. Demand for this position is expected to grow as businesses increasingly rely on data.

Analysts who specialize in tech and software analysis will be in especially high demand this year. Their role is to shape and optimize business systems and software to make them operate effectively.

Network administrators make sure everything runs smoothly for both employees and customers. They oversee their employer’s IT network and setup, manage servers and network equipment.

Tech-savvy workers with skills in customer support are expected to be in high demand this year. As the use of technology becomes more prevalent in everyday life, so does the need for professionals who can provide assistance and support to businesses and customers that are experiencing technical, hardware, or software issues.

“If you have tech skills (in particular the ability to code in popular languages such as Java, python or various C-based languages) you’ll have your pick of employers in many of Canada’s largest cities!” the Randstad webpage said.

“It’s definitely a key asset to have immigrants coming in to fill those positions. It’s super important.”