Canada is found in the northern part of North America. The capital of Canada is Ottawa which has many site attractions and good infrastructures for her citizens. Apart from Ottawa being a capital, there are other metropolitan countries in Canada such as Montreal, Toronto, and Vancouver. These are big cities with lots of events and happenings going on. It is important for you to have a good source of income to survive in these cities.

Do you want to find out or discover where are the Cheapest or less expensive places for immigrants or foreigners to Live in Canada?
Truth is that, there are places that are affordable for people to live in Canada. No matter how low one’s income is they can still get their basic needs or wants that can make life comfortable for them. For some people, they feel living in Canada is a big deal, but this shouldn’t be at all.

Have you ever thought about the cheapest places to live in Canada? This article is going to list out some cities an individual can survive within their means, and still have maximum fun, achieve their goals and progress in Canada.

RECOMMENDED: 5 Best Provinces for Immigrants to Live in Canada 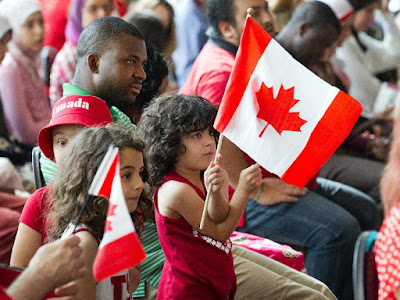 The following are the cheapest places one can live in Canada comfortably:

This city lies in the centre of Maritime and can be accessed through the use of an airplane or high way train. The total population of Moncton is approximately 140,000 people. It will surprise people to know this city has been approved officially as a bilingual city. This implies citizens can speak either French or English language. There are lots of site attractions for those who love nature too. Examples of these site attractions are National parks, beaches, and others.

Most of the estates come at an affordable rates for those who want to live in Moncton. Statically, more than 1.4 million people migrate in and out of the city, because of the funfair the city offers. Another thing that makes this city one of the cheapest places to live in Canada is due to the availability of companies from different sectors such as finance, animation, gaming, etc. They have a good road network that prevents traffic congestion. A bedroom inside this city per month is $734.29, while outside the city is $642.08.

Therefore, it is often referred to as Lakehead, because is being placed on top of Great lakes Thunder Bay has been enclosed with lots of parks and wilderness with a total population of approximately 108,400 people. There is a tertiary institution that is located in this city known as Lakehead University. There are big firms or organizations operating in Thunder Bay such as mining, transportation, forestry, and manufacturing industry.

The standard of living in this place is too low when it is being compared with other places in Canada. As a result of her affordability, so many Canadians have been migrating into this city to live with their families. Thunder Bay is lively for anyone to live in, because of events that are going on. It has been placed in a way that allows migration to Toronto at a cheaper price. Another city that is close to Thunder Bay is Minnesota. A bedroom inside this city per month is $925.00, while outside the city is $818.75.

Another name for St. Catherines is the Garden city because it has been enclosed by gardens, lush green, trails, and National parks. The Niagara falls in St. Catherines have attracted tourists both within Canada and outside the shores of Canada. The pristine garden is situated in a particular region that is safe and secured from the crowd. This makes the garden to blossom and flourishes in St. Catherines.

The cost of living in this country is 0.5% with industries such as service and manufacturing. In the entire Ontario, St. Catherines is among the six largest cities in Ontario. There are two well-known institutions in this city – Brock University and Niagara College. These schools can boast of good educational facilities that are capable of enhancing the academic performance of students. A bedroom inside this city per month is $998.18, while outside the city is $905.56.

There are several businesses that can be found in Kitchener. The economic growth in this city keeps on increasing every year with investors coming in to invest. There are lots of job opportunities, which have reduced the level of low unemployment with over 304,000 jobs available for employees. The industries that can be found here are tech and manufacturing. A bedroom inside this city per month is $1,168.33 while outside the city is $957.14.

This is one of the cheapest places to live in Canada with over 366,000 people living in it. It is a city for different events such as art exhibitions, music festivals, healthcare, etc. The city is located at the border of Canada, and this makes it share proximity with the US. In spite of the fact the town is small; there are lots of amenities for people to enjoy. It has a good economic system. A bedroom inside this city per month is $1,060.87, while outside the city is $908.33.

Becoming A Teacher In Canada- All You Need To Know

Writing A Resume In Canada? Tips And Precautions